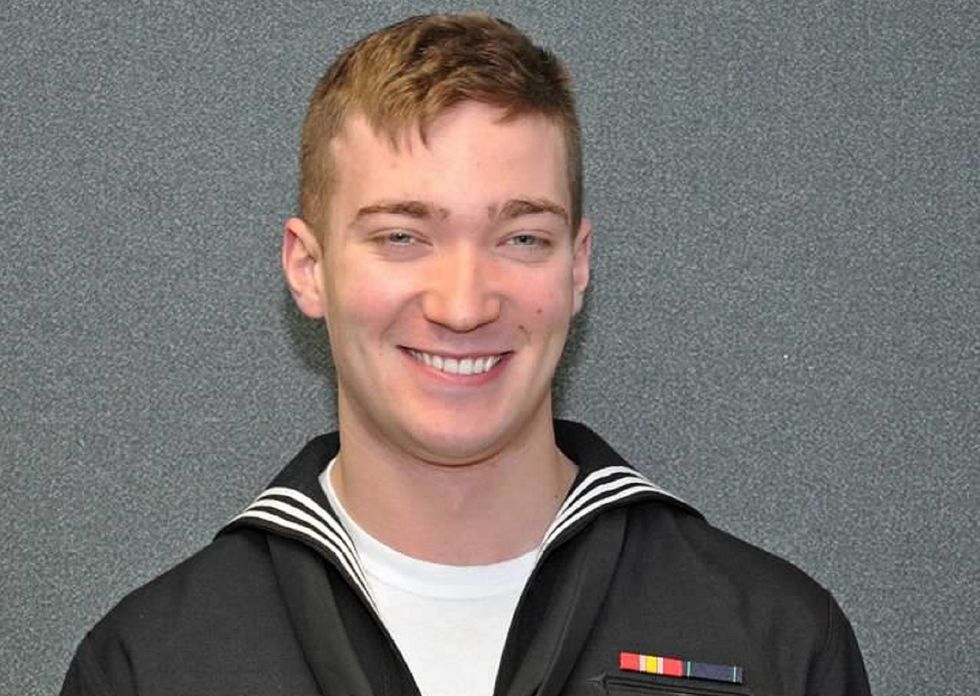 A Corpsman went to a military hospital for a routine shoulder surgery. 4 days later he was dead, and his parents say the Navy is to blame James Clark

The 23-year-old sailor laid in bed trembling. At times, his body would shake violently as he sobbed. He had recently undergone a routine shoulder surgery on Dec. 12, 2017, and was hoping to recover.

Instead, Jordan couldn’t do much of anything other than think about the pain. Simple tasks like showering, dressing himself, or going to the bathroom alone were out of the question, and the excruciating sensation in his shoulder made lying down to sleep feel like torture.

“Imagine being asleep,” he called to tell his mother Suzi at one point, “but you can still feel the pain.”

To help, military doctors gave Jordan oxycodone, a powerful semi-synthetic opiate they prescribed to dull the sensation in his shoulder. Navy medical records show that he went on to take more than 80 doses of the drug in the days following the surgery, dutifully following doctor’s orders to the letter.

Instinctively, Jordan, a Navy corpsman who by day worked at the Twentynine Palms naval hospital where he was now a patient, knew something was wrong. The drugs seemed to have little effect. His parents advised him to seek outside medical advice, but base doctors insisted the drugs just needed more time to work.

“They’ve got my back,” Jordan had told his parents before the surgery, which happened on a Tuesday. By Saturday, he was dead.

Though the Navy’s initial autopsy report ruled the death a drug overdose, it would take more than a year of repeated phone calls, emails, and desperate pleas to military and Congressional officials before his parents would learn the real cause: Severe hypoglycemia brought on by opioid toxicity.

That revelation only brought more questions: Why, in spite of Jordan’s many complaints about pain, did his doctors continue to prescribe him the same medication? Why were the dosages increased from 5 milligrams to 15? Why was he only seen once by care providers after leaving the hospital? And why was a blood test never ordered?

Since then, Jordan’s parents Suzi and Dana have tried to learn what went wrong, and who was to blame. Now almost two years after their son’s death, they have little idea.

In addition to interviews with Jordan Way’s parents, this account is based on dozens of pages of military documents, including his military service record, medical records, autopsy reports, and a Naval Criminal Investigative Service report.

When Jordan Way first arrived at Naval Station Great Lakes, Illinois for initial military training, he was continuing a long family line of service. Growing up in Mount Airy, Maryland, a leafy Washington suburb, Jordan looked up to his father and his older brother, both police officers, and others in his family who had served as soldiers during wartime.

“He came home one day, and said ‘hey, I’m thinking of joining the service,'” Suzi said of Jordan, a high school jock just as comfortable in advanced placement English classes as he was on a football field.

“Oh, okay buddy, well, do you know what you want to be?” Suzi recalled asking him skeptically, mentioning a few jobs he could take as a sailor. “No,” she said Jordan responded. “The recruiter’s going to be here in 15 minutes.'”

It was like that with Jordan, who Suzi described as a “renaissance kind of guy” always up for a new challenge. “Not only was he on the football field, which shows his athletic brawn, he took ballroom dancing, and did that very well,” Suzi said.

Jordan joined the Navy the week before Memorial Day 2013 with dreams of becoming a corpsman. His mother recalled that he wanted to serve alongside Marines and, perhaps, give life-saving aid to infantry troops in combat. He thought he might stay in the Navy until retirement, or if it didn’t turn out to be what he expected, he would get out and use his G.I. Bill to pay for college.

Instead of serving as a corpsman attached to a Marine unit, however, Jordan was assigned as a pharmacy technician stationed at Twentynine Palms, a sprawling Marine Corps base in southern California’s Mojave Desert where temperatures in the summer often surpass 100 degrees.

To hear it from his mother, the assignment was a disappointment, but Jordan did what he could to make the best of it. By all accounts he was good at his job. His service record included counseling statements showing he often met or exceeded performance standards. The words “team player” appear often.

“An irreplaceable member of the pharmacy department with boundless potential!” read one review from a superior written on July 13, 2016. He spoke in glowing terms of then-Hospitalman Jordan Way, and recommended him for promotion.

In his spare time, Jordan worked out regularly with other sailors and Marines on base. According to his parents, he thought it might prove he was a better fit for a deployable unit, rather than an administrative one at a state-side hospital.

During one such workout, he injured his shoulder. It wasn’t an injury that would heal on its own, military doctors said, and they recommended surgery. The procedure was scheduled for Dec. 12, 2017.

By then, Jordan was nearing the end of his enlistment, and was having a change of heart about making the Navy a career. While home on leave in November before the surgery, Jordan’s mother Suzi urged him to delay the procedure until he was out of the Navy.

She had reason to worry. Her grandfather, Army Col. Michael Gussie, died in 1977 after a botched medical operation at a military hospital, Suzi told him. No lawsuit was ever brought against the government over Gussie’s death.

Still, Jordan insisted he would be in good hands and didn’t want to wait. Suzi relented.

“He was an easily coachable kid who trusted in his team,” Suzi told Task & Purpose. “He believed in his team, and I believe that’s ultimately what killed Jordan: That belief in the Navy, and in the procedures that they had in place to ensure safety. But there weren’t any.”

Days after Thanksgiving, Suzi drove Jordan to the airport. She watched him walk to the counter, get his tickets, and then disappear from view.

‘Imagine being asleep, but you can still feel the pain’

The shoulder surgery on Dec. 12, 2017 was successful, and Jordan was discharged the same day. He was sent home to his offbase apartment with his roommates, and prescribed 5 mg tabs of oxycodone to help ease the pain. But within hours of his release, Jordan complained that he was in agony, and it only got worse.

That night he was rushed to the emergency room at Naval Hospital Twentynine Palms for “breakthrough pain,” according to medical records from that visit. Jordan was speaking “intermittently due to pain” and was “sobbing during triage.” The records note Jordan was “in very obvious distress,” though he “made every effort to be cooperative.”

Jordan told doctors the pain medication wasn’t having any effect, according to the records. He would later tell friends he had blacked out because the pain was so severe, he said in one text message.

At the ER, Jordan was given an intravenous drip of pain medications, then a prescription of Baclofen, a muscle relaxer, and his oxycodone dosage was increased from 5 to 10 mg. The emergency room visit lasted approximately two hours, before he was discharged and sent home.

It was the last time Jordan would speak face-to-face with a physician.

According to his parents, Jordan had to be carried from the hospital to his friend’s car and driven back to his apartment. He woke up the next morning, dazed, still in pain.

That morning, Jordan called his surgeon and again said the medication wasn’t working. The doctor, whose name is redacted from the NCIS report, told him to increase the dosage from 10 to 15 mg. He assured Jordan the drugs just need more time to work, according to Jordan’s parents.

By Dec. 15, Jordan was unable to bathe or dress himself, and was now staying at the apartment of two friends, both corpsmen like him. They kept an eye on Jordan in between their work shifts: One would watch him at night; the other during the day. Alarms were set to make sure he stuck to his regimen and took the pills when he was supposed to, the NCIS report said.

Jordan went to bed that night. He never woke up.

On Dec. 16, Jordan was found in bed at 10 a.m., motionless and pale. Hours before, he had been snoring deeply. Now, his fellow sailors later told investigators, they were calling an ambulance and attempting CPR. Jordan was pronounced dead at the hospital two hours later.

Navy investigators found that between Dec. 12 and Dec. 16, Jordan was prescribed a total of 90 oxycodone pills. By the time of his death, he had taken 82 pills, typically three at a time every three hours, as prescribed.

The Navy’s April 13, 2018 autopsy report ruled Jordan’s death an overdose — “opioid intoxication,” they called it — but the findings didn’t sit well with his parents. In their eyes, he was a patient following his doctor’s orders. Saying he overdosed meant Jordan was to blame for his own death, they believed.

Over the next few months, Jordan’s parents would receive only a “slow trickle” of information from the Navy about their son. At first, they were given few details of how he died. The family kept pushing, sending emails and phone calls. Finally, the Navy decided to reinvestigate.

“HM3 Way appears to have been able to metabolize the oxycodone to the point he manifested signs and symptoms consistent with oxycodone use, but never achieved analgesia (pain relief),” the report said.

“Given he manifested signs of opioid use but never achieved analgesia while maintaining a proper regiment, it’s better characterized HM3 Way died of opioid toxicity and not opioid intoxication. A possible explanation for the inability to achieve analgesia might be a cytochrome polymorphism.”

Put simply, Jordan was getting all the effects of oxycodone except the one he needed: Pain relief.

“The usual dose of oxycodone, in a small percentage of patients, will provide minimal pain relief,” said Dr. Dale Klein, a former Veterans Affairs physician board-certified in pain medicine. “With these patients, the knee jerk reaction is to keep giving more doses of oxycodone to try and control their pain.”

As Klein explained, some bodies break down medication like oxycodone differently, which can lead to toxic levels of build up. This opioid toxicity can affect a person’s breathing, and potentially, cause death.

Marks added that all hospital staff provide safe, compassionate care, and providers follow established policies and procedures for administering medication. Due to privacy laws, he was unable to discuss specifics of Jordan Way’s case.

‘There is no amount of money that brings my son back’

On Oct. 23, 2019, Dana and Suzi Way filed a claim for damages against the Department of Defense. The filing alleged that the Navy committed medical malpractice that resulted in the wrongful death of their son by failing “to recognize and timely diagnose an adverse drug reaction to prescribed pain medication,” said Natalie Khawam, their attorney.

However, it’s unlikely to go anywhere due to the Feres Doctrine, the Pentagon’s longstanding shield against lawsuits brought by military members and their families. Established in a 1950 Supreme Court decision, Feresprohibits troops from suing over injuries or death that are incidental to military service. It goes far beyond combat, however, and covers training accidents, workplace violence, sexual assault, and medical malpractice.