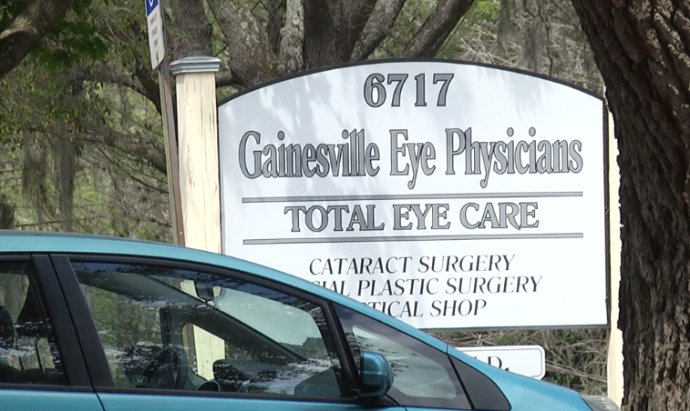 The attorney for those employees says she hopes bringing these issues to light can help those who can’t help themselves.

A 24-page complaint is claiming Gainesville Eye Physicians, an eye exam facility and Dr. Kyle Balch are double-billing patients and not returning refundable deposits to them.

The attorney for the former employees who filed the complaint says many of those patients are senior citizens.

“The patients that were targeted were also not only just the elderly but the poor people that could not afford to be ripped off like they were,” Natalie Khawam, Esq., with Whistleblower Law Firm, said.

The complaint says a patient paid a $100 deposit for a procedure and after having her bill paid for by Medicare, the defendants didn’t return her deposit.

The patient ended up calling to request re-payment five times explaining that she needed her deposit so she could afford Thanksgiving dinner.

The complaint claims the defendant took part in unlawful billing practices both verbally and in writing.

The defendants could be facing civil penalties, according to the complaint.

A TV20 reporter talked to the attorney for Dr. Balch who says he can’t comment but says he and his client are looking forward to a successful outcome.