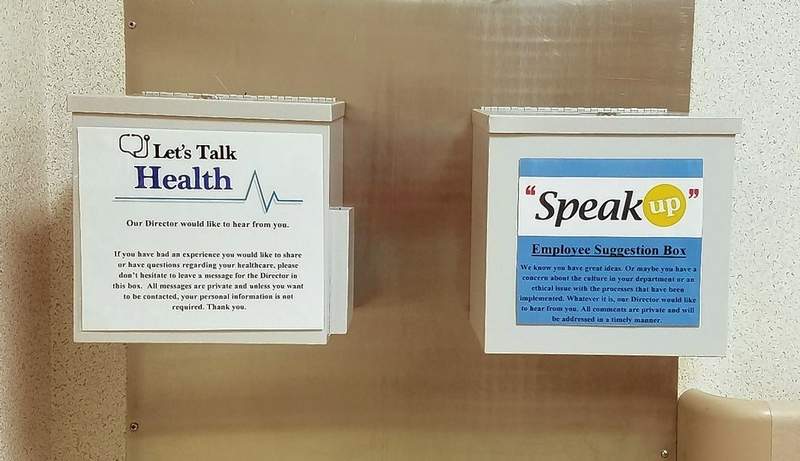 Durbin at Marion VA: Waiting for investigations to finish before deciding next step

U.S. Sen. Dick Durbin said Tuesday he is waiting for reports from two internal offices of Veterans Affairs, to decide how or if to proceed over allegations of mismanagement at the Marion VA Medical Center.

All four have filed individual complaints with the federal Department of Veterans Affairs and all contacted Durbin’s office with complaints about how the Marion VA is being run, Durbin said — including allegations that patient safety has been compromised and that employees who bring it up are subject to retaliation.

The four are potentially whistleblowers since they have made protected disclosures to federal government authorities.

Ginsberg added she “always welcomes visits from the legislators because they help us care for our veterans every time they work in Congress to pass a law that benefits our veterans.”

Durbin said he did not know when those reports are expected to be finished. A spokeswoman for the VA said the reports are not complete, and she did not say when they would be available.

Durbin said he has urged the Marion VA management to take employee complaints seriously, but did not go so far as to say he believes all the complaints are accurate.

“We made it clear to the management that even though whistleblowers have sometimes painful things to say, they must be listened to,” Durbin said in a short news conference on the VA grounds. He added, “Sometimes (whistleblowers) are right and sometimes they are wrong.”

Durbin said his office, and that of Duckworth, takes the employee allegations seriously.

“The safety of our veterans and families is paramount,” he said. “The Marion VA services thousands of veterans each year.”

Southern Illinois congressman Mike Bost (R-Murphysboro) is pursuing a separate inquiry into complaints about the Marion VA, one that he has said could end up as a Congressional inquiry.

Bost, who is vice chairman of the Oversight and Investigations subcommittee of the House Committee on Veterans Affairs, said on Sept. 29 that he was unhappy with the answers he received from the federal VA into the allegations at Marion.

He said he and his subcommittee chairman, Jack Bergman (R-Michigan), intend to get a face-to-face meeting with VA Secretary David Shulkin. Bost added if they are not satisfied with Shulkin’s answers, they could decide to hold congressional hearings.

A Bost spokesman said the meeting with Shulkin has not yet been scheduled.

Durbin alluded to the Marion VA scandal of 2008, in which a surgeon was accused of causing the deaths of at least nine patients through either botched surgeries or inadequate follow-up care. The doctor lost his Massachusetts medical license in July 2006 but continued to practice at Marion until August 2007.

Durbin said the complaints he has heard in 2017 do not rise to that level.

“I’ve seen improvement,” in the past nine to 10 years at the Marion VA Medical Center, Durbin said. “What happened here eight or nine years ago will never happen again.”

Durbin said the OIG and OMI reports will drive what happens next.

Ginsberg said she had “no problem whatsoever” with Durbin speaking to what he deemed as “whistleblowers.”

“I always want to hear the voices of our employees,” she said. “I walk around the campus and when I hear concerns I always ask them to come and speak to me.”

Ginsberg said she also has put boxes up around the facility to allow employees to make anonymous comments.

Acting Public Affairs Officer Todd Wright said there are 40 boxes in all, including several to be put up in off-site locations.

Some employees that spoke with Durbin are concerned about retaliation, but Durbin said they will be protected.

“I made that very clear to the director,” he said.

Ginsberg responded: “I will protect my employees and I protect them each and every day.”

At least two of the employees in the meetings are represented by Natalie Khawam of the Tampa-based Whistleblowers Law Firm. Khawam said she and her clients look forward to working with Bost, Durbin and Duckworth.

“We’re chasing the same goal,” she said, “better care for our veterans. We need to know how we can help facilitate this process.”