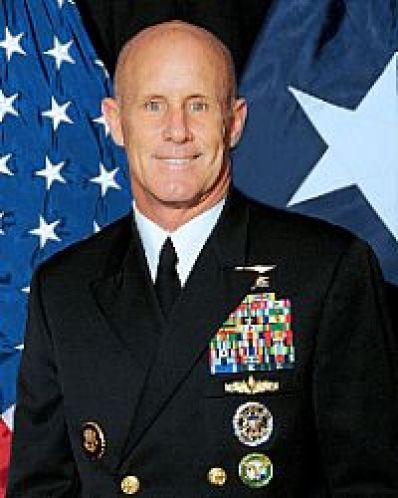 Whether or not Flynn’s opinions still carry much weight in the aftermath of his unauthorized dealings with Russia, his idea drew support from people who worked with Harward, a retired Navy SEAL who served two stints in Tampa — as deputy commander of U.S. Central Command from 2011 until his 2013 retirement and at U.S. Special Operations Command in the early 1990s.

Harward, 60, is remembered as smart and funny, a good leader, a strong deputy who turns the boss’ wishes into actions, a fitness freak, and a man with such savoir faire that at retirement, he parachuted from a plane wearing his crisp, white Navy dress uniform under his jumpsuit.

He is also remembered for his friendship with Tampa socialite Jill Kelley, helping get her named an honorary ambassador to the coalition of some 50 nations at CentCom. Emails to Kelley led to the downfall of then-CIA director David Petraeus — another former CentCom leader also mentioned as a replacement for short-timer Flynn.

The national security adviser is the president’s top confidante on national security and foreign policy. Considering the pledge by President Donald Trump to destroy the so-called Islamic State jihadi group, some who know Harward call him an ideal choice for the job.

“Given the challenges, his background as special operator, his familiarity with the region and his experience at CentCom, my gut feeling is he would be pretty good,” said Mike Jones, a retired Army major general living in Tampa who was CentCom chief of staff in Harward’s first year there.

Harward, Jones said, was “the guy who could work the things the commander wanted him to, really understanding the commander’s intent.”

Like many others, he remembers Harward as a fitness beast.

“He was in unbelievable physical shape. You do not want to get into a pushup contest with him.”

Harward was born in Newport, R.I., grew up in a Navy family and graduated from the Tehran American High School in Iran, according to his Navy biography. He enlisted in the Navy, was awarded a fleet appointment to the Naval Academy and graduated in 1979.

He served aboard the destroyer USS Scott before joining the SEALs, where he was named the inspirational “Honor Man” of training class 128 in 1984.

He served with SEAL Team Three and Naval Special Warfare Development Group, or SEAL Team Six. After leaving the teams, he continued a rapid ascent, serving among other posts as an aide-de-camp to Army Gen. Wayne Downing, commander of SOCom. In 2006, as deputy commander of Joint Special Operations Command, he was promoted to one-star admiral, rising within three years to a three-star.

Harward is also familiar with the inner workings of Washington, a key asset for any national security adviser. He was the representative of the chairman of the Joint Chiefs of Staff to the Senior Interagency Strategy Team, where he helped create the National Counterterrorism Center. He also served on the National Security Council.

Later, Harward was deputy commander of U.S. Joint Forces Command, serving under Marine Gen. James Mattis, who would bring him to Tampa in 2011 after Harward oversaw U.S. detention and correction operations in Afghanistan. Mattis is now Trump’s secretary of defense.

Experience and demeanor have Stu Bradin of Tampa believing that Harward, now chief executive officer for Lockheed Martin in the United Arab Emirates, would make a good national security adviser.

“He is very level-headed and not afraid to talk to the internationals,” said Bradin, a retired Army colonel who was a top assistant to former SOCom commander William McRaven.

“He has a phenomenal network in the Middle East and knows the area well, having served in Iraq, Afghanistan and at CentCom,” said Bradin, who worked with Harward.

Plus, Harward has a relationship with Mattis dating to 2001, when both served in Afghanistan, Bradin said. Mattis made Harward his deputy at two commands.

“Mattis presided over it,” Bradin said. “Harward jumped out of an airplane and when he landed, took off his jumpsuit and his uniform was underneath it. That was badass.”

“I thought he was a great guy and a very honorable person” said Tampa art dealer Rob Rowen. “He was the one who nominated me to be the honorary ambassador to the CentCom coalition.”

A frequent guest and companion of Jill Kelley and her husband, Scott, who have hosted personnel from MacDill Air Force Base at their Bayshore Boulevard home, Harward nominated Jill Kelley to the same honorary ambassador role.

As with a number of top military leaders, including Mattis and Petraeus, the Kelleys remain friendly with Harward.

Petraeus quit as CIA director amid revelations of an affair with his biographer, Paula Broadwell — inadvertently exposed by Jill Kelley through emails from Broadwell that she considered threatening. As the scandal unfolded, emails obtained under the Freedom of Information Act shed light on Kelley’s relations.

“”Sooooooooo. … Did you and Jim finally decide to make me your ‘official’ CentCom ambassador?????” she asked Harward on Jan. 12, 2012. “Please! Please! Please! I always wanted to be an Ambassador, since I was made to be a ‘catalyst’ — that helps build or facilitate Foreign relations.”

Harward, according to the Washington Post, gave a teasing reply: “We’ll have to put you through the vetting process and interviews to ensure you have the right attributes!”