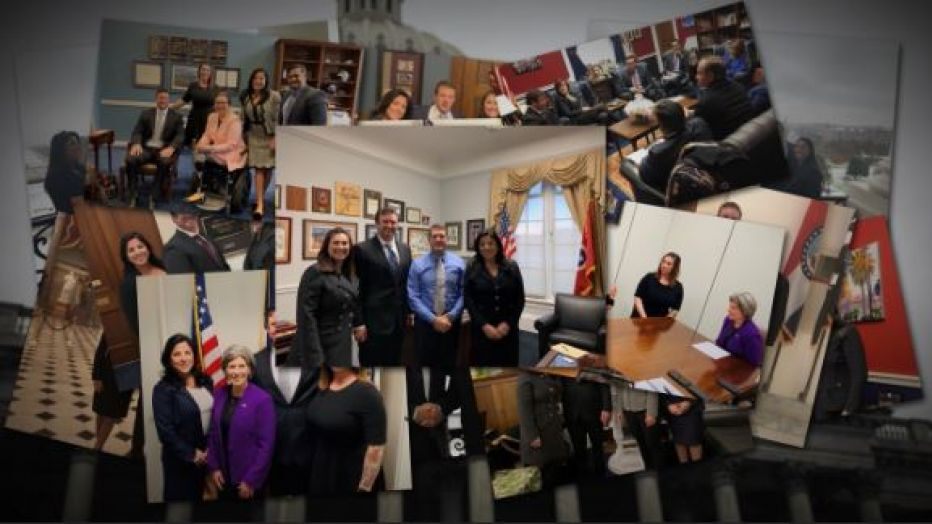 A bipartisan bill in Congress that would let soldiers hold bad military doctors accountable has stalled in the Senate due to opposition from a key South Carolina lawmaker.

Sfc. Richard Stayskal continues to fight to give troops the right to sue the government for medical malpractice, which is not allowed under a 1950 Supreme Court ruling known as the Feres Doctrine. For one year FOX 46 has reported on Stayskal’s mission as he battles stage four terminal lung cancer – an illness the military mistook for pneumonia.

“You can either sit there and be sad and depressed all the time,” said Stayskal, while receiving cancer treatment at the Moffitt Cancer Center in Tampa, Fla. “Or, find a way around it and fix it. So, simply, that’s what I’m trying to do.”

The Sfc. Richard Stayskal Military Medical Accountability Act of 2019 passed the House as part of the National Defense Authorization Act. It was supported by Republicans and Democrats from across the country.

“This is the kind of injustice that had to be fixed,” said Rep. Jackie Speier (D-CA), who introduced the bill, calling it the “most important” piece of legislation she has ever worked on.

“There are a lot of issues that do transcend partisan politics,” said Rep. Richard Hudson (R-Concord), whose district includes Fort Bragg. “And supporting the troops is one of them.”

But the bill has stalled in the Senate due to opposition from Sen. Lindsey Graham (R-SC), who chairs the Judiciary Committee, and has refused to take up the bill or even meet with Stayskal.

Last month, FOX 46 caught up with Sen. Graham at the Citadel military college in Charleston, S.C.

“Senator, can you talk about your opposition to the Feres Doctrine bill?,” asked FOX 46 investigative reporter Matt Grant. “And, why do you think soldiers like Richard Stayskal, who have been the victim of extreme medical malpractice, should not be allowed to sue?”

“Yeah, I’ve been a military lawyer for 33 years. The deal is: You sign up for the military, you get disability, you get benefits, your family gets well taken care of and you’re not able to sue,” said Graham. “It’s not just malpractice. You have the Federal Tort Claims Act (FTCA) that’s available to you. But, when pilots fly new planes, we’re not gonna create liability there. I think it’s a trade-off that’s stood the test of time.”

READ MORE ABOUT THE FERES DOCTRINE

“We’re declining comment on proposed legislation” said a spokeswoman for Lockheed Martin, when asked if the company has a position on the Feres Doctrne bill.

Attorney Dan Rose, a Navy pilot veteran, says Graham “is not accurately reflecting what the bill says.” He says Graham’s answer shows a lack of understanding about the bill’s narrow scope.

“I really don’t know whether he wasn’t properly informed about the bill or just not briefed properly,” said Rose.

For one, the FTCA allows civilians the ability to sue the government – for instance, if you slip and fall in front of a US Post Office or an air traffic controller causes a plane to crash – but, because of the Feres Doctrine, it does not apply to active-duty soldiers like Stayskal.

It’s unclear why Graham hinted at lawsuits involving defense contractors when he said “when pilots fly new planes we’re not gonna create liability there” because Stayskal’s bill only applies to medical malpractice not related to combat or training.

“Those government contractors…if they give the military the product that they want and they warn them about all the reasonable, foreseeable dangers of the product, than they enjoy immunity, they cannot be sued.” said Rose, “This bill is not changing any of it.”

We do know one of Graham’s “top contributors” is Lockheed Martin. Graham has received at least $57,200 from affiliates and political action committees of Lockheed Martin since 2015, and is expected to receive more money for his re-election, according to the Center for Responsive Politics. The defense company just recently sold the Pentagon 478 F-35 fighter jets for $34 billion.

“I’m kind of surprised because Sen. Graham is very pro-military and looking out for our vets,” said Rose. “And I’m surprised that he’s not actually backing this bill rather than seemingly opposed to it.”

At the Citadel, Grant asked Graham if he would be willing to meet with Stayskal.

“Sure. I’d be glad to meet with him,” said Graham, after a pause. “But I’m not going to change my mind.”

After FOX 46 asked if he would meet with Stayskal, Graham granted the dying North Carolina Special Forces soldier and Purple Heart recipient a 10 minute phone call.

“We were very fortunate to speak to him thanks to Matt Grant who basically asked Sen. Graham why wouldn’t you meet with a dying Green Beret?,” said Khawam. “That was the catalyst to Sen. Graham finally agreeing to meet with us although we didn’t get to meet with him we got to speak with him on the phone.”

“It was very important that we spoke to him,” she added. “If they don’t understand what the bill’s about how are they going to support it?…Why would anyone not support a bill, or support a bill, that they don’t know anything about?”

Stayskal says Rep. Markwayne Mullin (R-OK), who spoke with FOX 46 last year, was also on the call with him advocating for the bill. Stayskal says he tried to alleviate Graham’s concerns.

“He was worried about…[opening the] floodgates” to lawsuits,” recounted Stayskal from his home in Pinehurst, N.C. He was worried about training and combat [lawsuits]. And I told him, Senator, this isn’t about destroying the system. I wouldn’t have dedicated 18 years plus of my life, and continuing, to something that I didn’t believe in.”

Stayskal says Graham ultimately told him he would look into the bill. He hopes to see it become law before he dies.

“It made it really promising,” said Stayskal. “And kind of gave me a good warm and fuzzy [feeling] that he’s actually going to really, really sit and look at it. And I’m hoping he’ll support it.”

FOX 46 reached out to Graham’s office for comment but did not hear back.

“The Stayskal bill will make the Department of Defense liable under the Federal Tort Claims Act when military health practitioners working in large facilities outside of combat zones, such as hospitals, commit medical malpractice upon servicemembers. It does not create liability for parties other than the Department of Defense and would not apply to forms of negligence other than medical malpractice. This change is long overdue. Our servicemembers deserve their day in court and the threat of lawsuits will lead the DOD to improve the quality of medical care it delivers. I hope that we will find a way forward to give our servicemembers and their families the justice they deserve,” said Rep. Jackie Speier, Chair of the House Armed Services Military Personnel Subcommittee.”