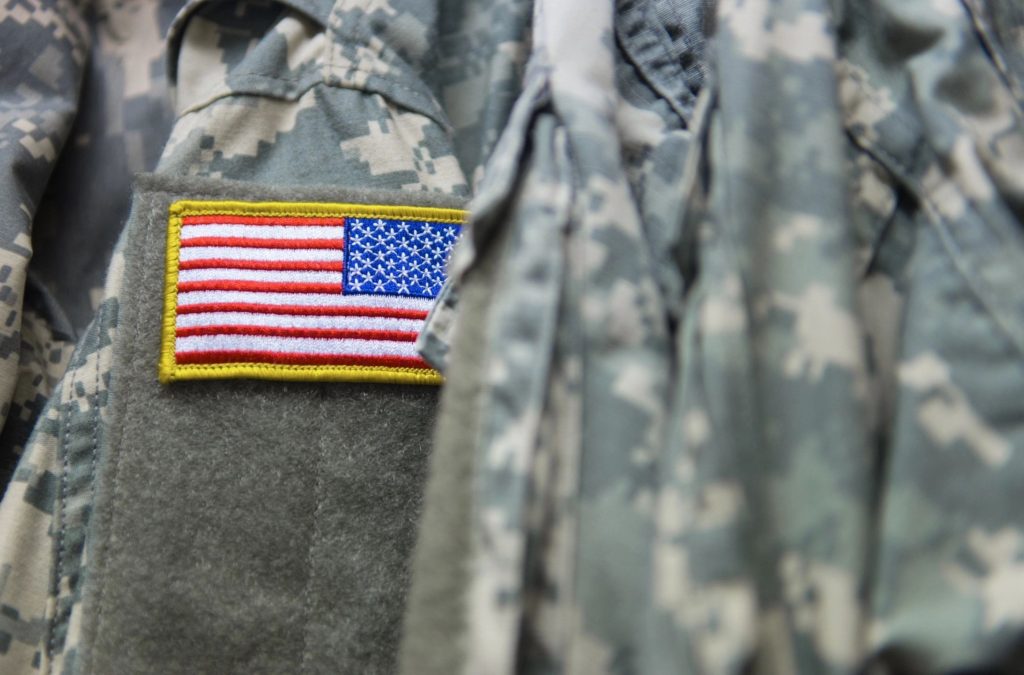 THE LONG AND DIFFICULT ROAD TO CHANGING FERES DOCTRINE

In high school, Jordan Way played football and lacrosse, as well as participating in ballroom dancing. He worked with the school’s Best Buddies program, partnering with special needs students in a mentoring capacity. “One of our nicknames for him was ‘Adventure,’” said his father, Dana Way. “Hiking, fishing, shooting, bow and arrows — he did not turn down a challenge.” Jordan was devoted to his family and devoted to his role as a U.S. Navy corpsman.

Yet only four years into his time in the Navy, Jordan was dead from opioid toxicity following shoulder surgery at the military hospital at Twentynine Palms Base. His parents were shocked to discover that a longstanding legal precedent known as the Feres Doctrine prevented them from suing the government for medical malpractice.

“My son never left the United States,” said Suzi Way, Jordan’s mother. “He was not in a war situation. He was having routine surgery, and he died. And he has no voice because of the Feres Doctrine.”

Jordan was one of thousands affected by the Feres Doctrine in the 70 years it has been in effect. But as of Dec. 20, 2019, active duty military personnel will finally have legal recourse in cases of medical malpractice. President Donald Trump signed the National Defense Authorization Act (NDAA) for 2020, which includes a new mechanism holding the Department of Defense accountable for medical malpractice in military medical facilities. It was a hard-fought battle, but one that has potentially far-reaching consequences for service members who suffer from negligent care.

In 1950, the case Feres v. United States was heard and decided by the Supreme Court. The court held that the United States cannot be sued by active duty personnel under the Federal Torts Claims Act for injuries sustained due to medical negligence. As clarified four years later in United States v. Brown, “The peculiar and special relationship of the soldier to his superiors, the effects of the maintenance of such suits on discipline, and the extreme results that might obtain if suits under the Tort Claims Act were allowed for negligent orders given or negligent acts committed in the course of military duty, led the Court to read that Act as excluding claims of that character.”

Natalie Khawam, the lawyer representing the Way family as well as other families that have been affected by Feres, saw this as a fundamental insult to the civil rights of active duty service members and has been fighting to change the precedent through an act of Congress. “We consider ourselves a superpower, but our military has less rights than our civilians, and less rights than other countries, our allies,” Khawam said. “Shame on us.”

Dana Way vociferously agreed. “Our active duty servicemen who volunteer by signing that line — where in that document does it say, ‘I give up my Constitutional rights’?”

In eighth-grade Pop Warner football, Jordan Way severely broke his wrist. “His hand was hanging almost 180 degrees off his arm,” said his mother Suzi. She added that he was a longtime “fitness nut” and injured his shoulder in 2017. His parents wanted him to return home to see the surgeon who had fixed his wrist years earlier. But as a corpsman, Jordan trusted in the team of military medical professionals who would be overseeing his care.

This proved to be a mistake. Following the shoulder surgery, Jordan was left in agony. Five hours after the surgery, he went to the emergency room and lost consciousness from the pain. ER doctors increased his oxycodone dosage and sent him home. The next day, when nothing had improved, his surgeon increased the dosage again. But the doctors had all failed to see what was happening.

“He was getting the physical effects of the opioids; he was not getting the analgesic pain relief,” explained Dana. As a result, the high dosage of oxycodone left his body unable to move food through his digestive tract — he was not processing any nutrients. He became hypoglycemic and his organs began to shut down. In the end, he fell asleep and never woke up.

“These doctors, they didn’t maliciously kill our son,” Suzi said. “I pray for them all the time because I know they have to go to bed at night with the woulda, coulda, shoulda. But they also didn’t help Jordan. They were negligent. They were complacent. They didn’t do their jobs.”

After a long and arduous process of trying to determine what exactly had happened to their son, Army Colonel Louis Finelli, Armed Forces Medical Examiner System Director, admitted to the Ways that Jordan’s case was a “preventable and avoidable death.”

Dana Way sees the Feres Doctrine as a roadblock to quality medical care within the military. “The people in power know ultimately nobody’s going to get held responsible for it,” he said. “If you’re active duty military, you’re essentially a piece of equipment. You are a typewriter, you’re a calculator. If you break, you get thrown into a pile and they move on to the next one. To me, that’s wrong.”

Although Feres has not been overturned, it will be substantially diminished in scope by the NDAA signed last week. Service members will still be unable to sue in federal court for damages caused by medical malpractice, as was originally proposed in the Richard Stayskal Military Medical Accountability Act. That act was part of the House of Representatives’ version of the bill, named after another of Khawam’s clients who is battling terminal stage 4 lung cancer. Instead, active duty military personnel will be able to submit claims to the Department of Defense itself.

Khawam sees this as an unmitigated victory. “I don’t think anybody will be upset that they can’t go to federal court if they have the remedy, the recourse, of federal court decisions,” she said. “It’s the best of both worlds.” As specified in the NDAA, the Department of Defense will be held to the same standards as those outlined in the Federal Torts Claims Act, and Khawam hopes that it will actually lead to much faster resolution of claims than if the cases were to be seen in federal court.

In its original form as the Richard Stayskal Military Medical Accountability Act, all claims would have been seen in federal court, but that proposal faced a roadblock from Lindsey Graham, the chairman of the Senate Judiciary Committee. Graham was a staunch opponent of any changes to the Feres Doctrine, stating that such changes would be like “opening Pandora’s Box.” Despite a concerted effort among Stayskal and his advocates, any attempt to contact Graham was met with “crickets,” according to Khawam.

In an innovative tactical maneuver, by taking the process out of federal courts and into the Department of Defense itself, the proposal was approved by the far-more-amenable Senate Armed Services Committee. By doing an end-run around Graham, the act, in its new form, made it into the final reconciled version of the NDAA and was signed into law by the President.

Fittingly, Trump was revered by Jordan Way, who was buried with a Trump/Pence button on his dress uniform. Given their struggle to get answers about their son’s death from the military, Suzi Way is wary that claims will now be handled by the Department of Defense. “I know how exhausting it has been for my husband and I to find out how and why our son died. That took hundreds of phone calls, hundreds of emails to our elected officials, hundreds of emails to DOD from the very top of the food chain down. How can one ensure the standards are being upheld if they are standards that are privileged to the DOD’s eyes only?”

Of course, “now the work starts from here,” Khawam added. The next step is actually pursuing the claims for Stayskal, Way, and others who have been denied legal recourse because of the Feres Doctrine.

Even Suzi Way, despite her hesitance about the final form of the bill, is glad that there has been momentum. “I went to bed last night,” she said, “and for the first time in almost two years, I didn’t hear Jordan in my mind saying, ‘Mom, I did nothing wrong. I did everything the doctors told me to do, let people know!’ My son’s voice is being heard that was once silenced due to Feres, and this is balm to my grieving soul.”

This article was originally posted by Coffee or Die and can be read here: https://coffeeordie.com/changes-to-feres-doctrine/?fbclid=IwAR1uYvG7XyTlWlLK3VOe3Zk-7cIxN5WxamNTW9iZbsGtDDpLlZ48vmFHwtA

S.C. veteran pushes for change after cancer goes undiagnosed by Army for more than 2 years

We were honored to sit down with CBS This Morning to discuss the Feres Doctrine.