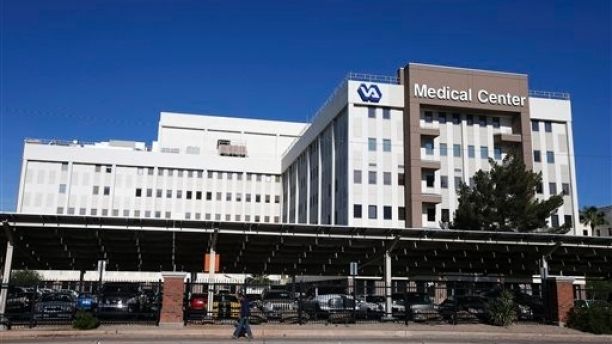 The Department of Veterans Affairs has fired more than 500 employees since Jan. 20, when President Trump took office, according to a list of job categories of employees recently disciplined or fired.

The list, released by the VA July 3 and updated weekly, has been a way for the embattled agency to be more accountable and transparent about its employee disciplinary process, said U.S. Secretary of Veterans Affairs David J. Shulkin. The VA is the first federal agency to make this data on employee status public.

“Veterans and taxpayers have a right to know what we’re doing to hold our employees accountable and make our personnel actions transparent,” said Shulkin.

The VA has been under fire for shuffling controversial and problematic employees and managers instead of firing them, even after the widely publicized VA “wait list” scandal that rocked the agency.

So the number of recent firings is surprising to many VA reform advocates.

“In the past, the VA was not straightforward on who they were disciplining and who they let retire,” said Dan Caldwell, director of policy for the Concerned Veterans for America, a grassroots veterans’ advocacy organization. “Often the VA would say someone was fired, and we’d find out later that employee was not fired, they were actually just suspended, demoted or had been allowed to retire before they could be fired.”

“Very few employees were terminated for the ‘wait list’ scandal – less than a dozen that we know of – even though hundreds or even thousands of people were involved,” Caldwell said.

Even though the firings have been happening since Trump took office, not all credit or blame should go to the president, said Natalie Khawam of the Whistleblower Law Firm in Tampa, Fla.

“Claims that all these terminations at the VA occurred because of the new accountability program or under the new [VA] secretary’s watch is misleading,” said Khawam who represents a number of VA employee whistleblowers. “Any terminations prior to just a couple months ago were initiated under the Obama administration, and any other termination actions that are still being processed may have rolled over from the past administration, too.”

The VA acknowledged some of these actions taken against employees did start under the Obama administration because it typically takes six months to one year to terminate VA employees.

But that too will change. The newly passed VA Accountability and Whistleblower Protection Act signed by the president just weeks ago, along with VA’s pledge for reform, will help to speed up firings for employees who have controversial histories or poor track records, Shulkin said.

“One of our frustrations is it took incredible amounts of time to fire people at the higher echelons of the VA,” Caldwell said. “It could take hundreds of days to terminate someone, even though they were a senior manager.”

The old way of doing things at the VA allowed employees to exploit loopholes and put off getting fired or retire while the termination process was ongoing, Caldwell said.

“The VA is sending a clear message that there is a new way of doing things and that they want to get the bad actors out more quickly,” Caldwell said, adding that this didn’t occur under the last administration.

The VA Accountability Act will give the agency the authority to take action more expeditiously, even in the appeal process. The VA will also have a stronger standing in the courts against troubled employees.

“The difference is significant, and will allow the VA to hold employees accountable in a manner unlike that of any previous administration,” a VA spokesperson said.

The VA is making another key reform, cracking down on settlement payouts to employees.

The VA shelled out $5 million to VA employees under the last administration, which some critics maintain facilitated payments to undeserving employees with a bad track record who’d been terminated.

All new settlements will require approval by a senior official for any monetary settlement above $5,000.

“Taxpayers need to know that we will engage in good faith settlement negotiations, where required by third parties, but will look to settle with employees only when they clearly have been wronged or when settlement is otherwise in the veterans’ and taxpayers’ best interests, and not as a matter of ordinary business,” Shulkin said. “We’re changing to a culture of accountability at VA, and this is an important step in that direction.”