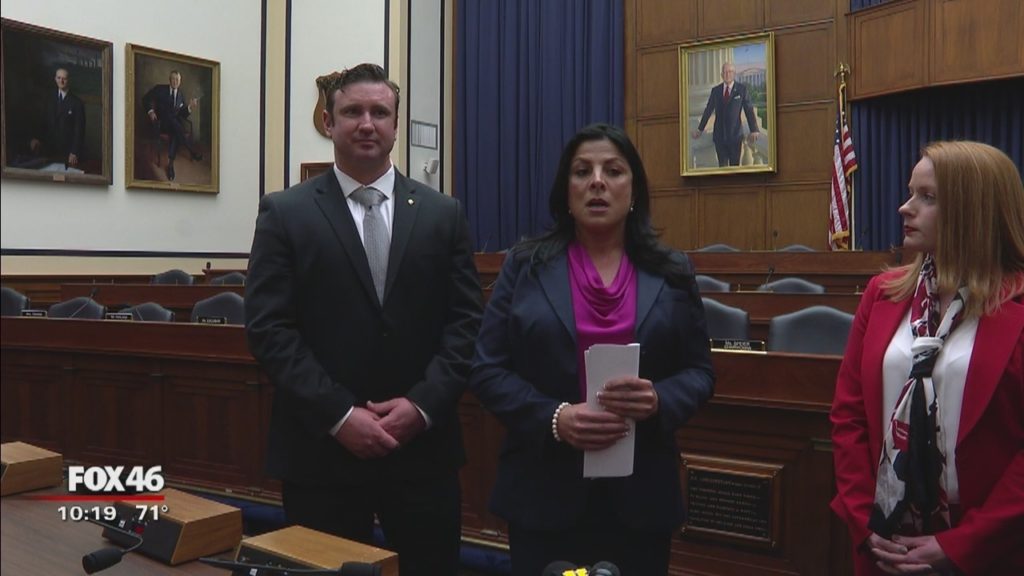 WASHINGTON (FOX 46 CHARLOTTE) – When mistakes are made by the military’s doctors, the soldiers who fight for us are often left fighting for themselves.

“We have the greatest military in the world,” said disabled Air Force veteran Rebecca Lipe. “And our healthcare should be no different.”

“I sit before you, 10 abdominal surgeries later, as a broken, but not defeated advocate for services members,” said Lipe.

Lipe testified that when she was deployed to Iraq in 2011, the ill-fitting body armor she was given, which was not designed for women, left her with a sports hernia. That condition, identified by a civilian doctor, was misdiagnosed by military medical staff, she said, resulting in two “random, unecessary surgeries” that led to temporary menopause at age 27.

“This caused catastrophic hormonal depletion, organ and vaginal tissue atrophy, prevented sexual intimacy of any kind with my husband and caused severe levels of depression to the point I was suicidal,” she testified. “Throughout this trauma, I was also accused by military medical professionals of malingering and making up this pain.”

Lipe says doctors dismissed her severe pain as “normal women’s problems” and told her she “must have STD’s.”  Further botched care, including unnecessary medication for malaria, and complications from in vitro fertilization, left her unable to have children, she testified.

Alexis Witt is a widow after her husband, Air Force Staff Sgt. Dean Witt, died following a routine appendectomy in 2003. Witt says the nurse adminsterered a “lethal dose” of Fentanyl leading to respiratory and cardiac arrest.

Witt testified that the nurse who treated her husband was responsible for another patient’s death. She tried to file a wrongful death lawsuit but like many other service members who have dealt with medical malpractice, she was told she can’t sue the government.

“My case was dismissed on the grounds of the Feres Doctrine,” she said.

The 1950 Supreme Court decision prevents active duty military from suing the government for injuries “incident to military service.” A new bill filed this week aims to change that.

Attorney Natalie Khawam with the Whistleblower Law Firm represents Sfc. Richard Stayskal, who the bill is named after. Staskal was diagnosed with terminal lung cancer by a civilian doctor after Womack Army Medical Center dismissed his CT scans and symptoms as pneuonia.

Khawam credits a series of FOX 46 investigations for making that happen and getting results.

“It had all the impact,” said Khawam. “It was the nucleus of this whole bill.”